The Sexual Revolution is a lie, like so many that came out of the 70s. I never bought it. So I opted out, and was excoriated for it. I persevered, and I am reaping the benefits of a happy, peaceful, satisfying, intimate married relationship with a woman. As God intended.

Sex Was Meant to Be a Gift, Not a Prison Sentence That Stains the Soul Dad Meets the Sexual Revolution; A politically incorrect Father’s Day guide to sex, masculinity and daughters.

“For this is the will of God, even your sanctification, that ye should abstain from fornication: That every one of you should know how to possess his vessel in sanctification and honour; Not in the lust of concupiscence, even as the Gentiles which know not God: That no man go beyond and defraud his brother in any matter: because that the Lord is the avenger of all such, as we also have forewarned you and testified. For God hath not called us unto uncleanness, but unto holiness. He therefore that despiseth, despiseth not man, but God, who hath also given unto us his holy Spirit.” 1 Thessalonians 4:3-8

What Did You Expect, Stupid Liberals? Trump the Junkyard Dog: Poke Him and Expect to Be Bitten 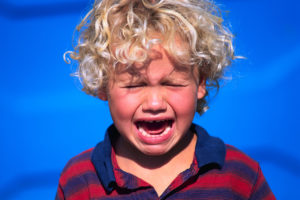 That About Sums it Up Trump To Media: I’m President, You’re Not

Meanwhile in D.C. Could Trump Really Be Draining the Swamp? The water appears to be receding at key Beltway bureaucracies.