There is an organized push in our culture to make this the new normal. This begs the question. What will the next new ‘normal’ be, and how will the real normals be persecuted for refusing to comply? Will it be pedophiles next, or polyandry, or bestiality? One wonders how many dark corners of that infamous closet remain to “come out”.

I’ve never watched it. Can’t. Because of the pornography, and also the rape. I can’t see how anyone can justify this. This reminds me of another thing of late – the revelation that Doctor Who will change genders next season to become a woman. I expressed my upset over this on Twitter under the hashtag of #NotMyDoctor. I got the usual response one expects in today’s enlightened, civil, fair-minded culture. 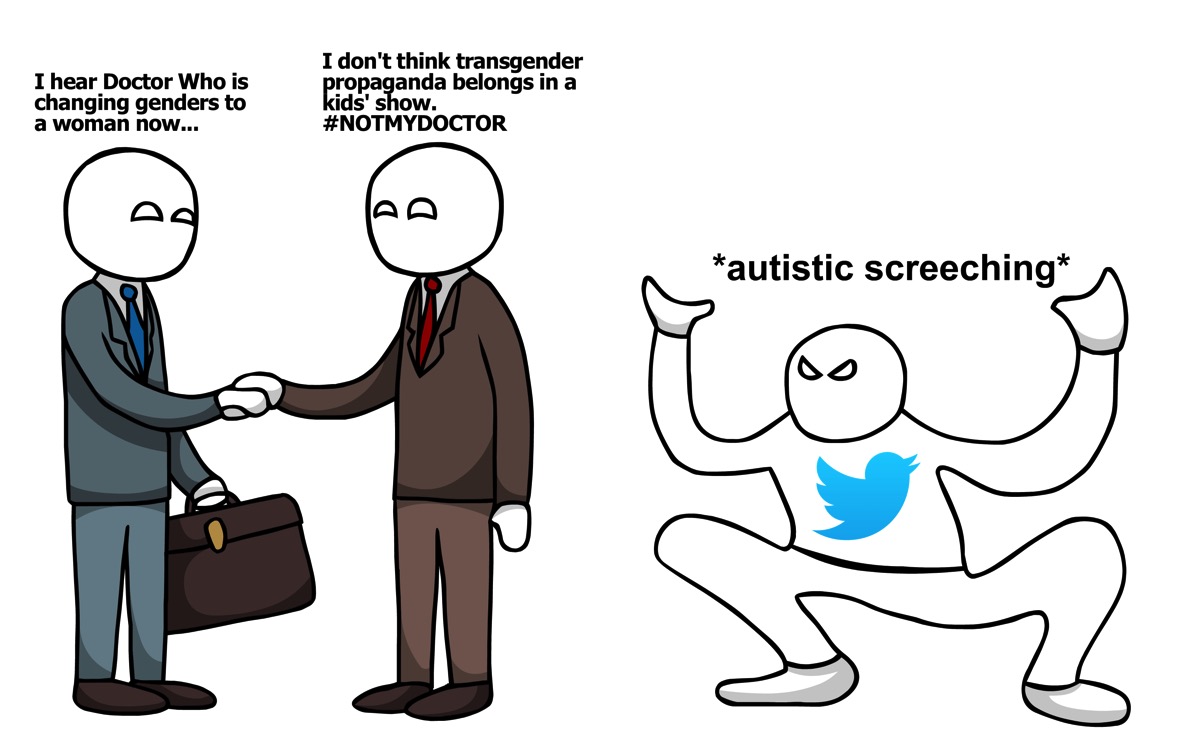 Not in 32 seasons of Doctor Who was there ever even a HINT that Galifreyans (that’s the race of time gallivanting near immortal aliens to which the Doctor belongs) were NOT Gender Binary (that’s the new code phrase for normal biology). Evidently, with Season 6 Episode 4 “The Doctor’s Wife”, the Pandora’s Box was opened, and the previously biologically male, biologically female Time Lords and Ladies are now Gender Fluid. I found an article from back then, on the not at all conservative Wired.com https://www.wired.com/2012/07/doctor-who-woman/. It confirmed what I suspected – this a recent development. Basically it’s a retcon of an established character.

Now, why would I even care about a fictional character, you might ask? Never mind that I have loved this show since the 1980’s and grew up watching it, and they just, in my opinion, wiped their asses with it. It boils down to this, and the above article brings it up: Christians are not welcome. It has been made abundantly clear, we cannot have anywhere or anything that’s ours. And anything that we may have previously enjoyed, like a British children’s science fiction show for example, will eventually be co-opted and corrupted. Anything that stands unmolested must eventually be corrupted because the only criminal thing anymore in a world with no moral absolutes is refusing to bow to the groupthink and give up our silly notions of religion and faith.

2018 is Coming Useless Cowardly Grifters: ‘GOP Congress Will Be The Most Unproductive In 164 Years’