Christians Are Not Welcome in Gay America Do Christians Have a Future in LGBTQ America?

Christian Speech is Hate Speech Quoting the Bible, Jeff Sessions, and a Warning About What’s Coming Next

Case in point, I posted this to Facebook, and was immediately banned for 48 hours 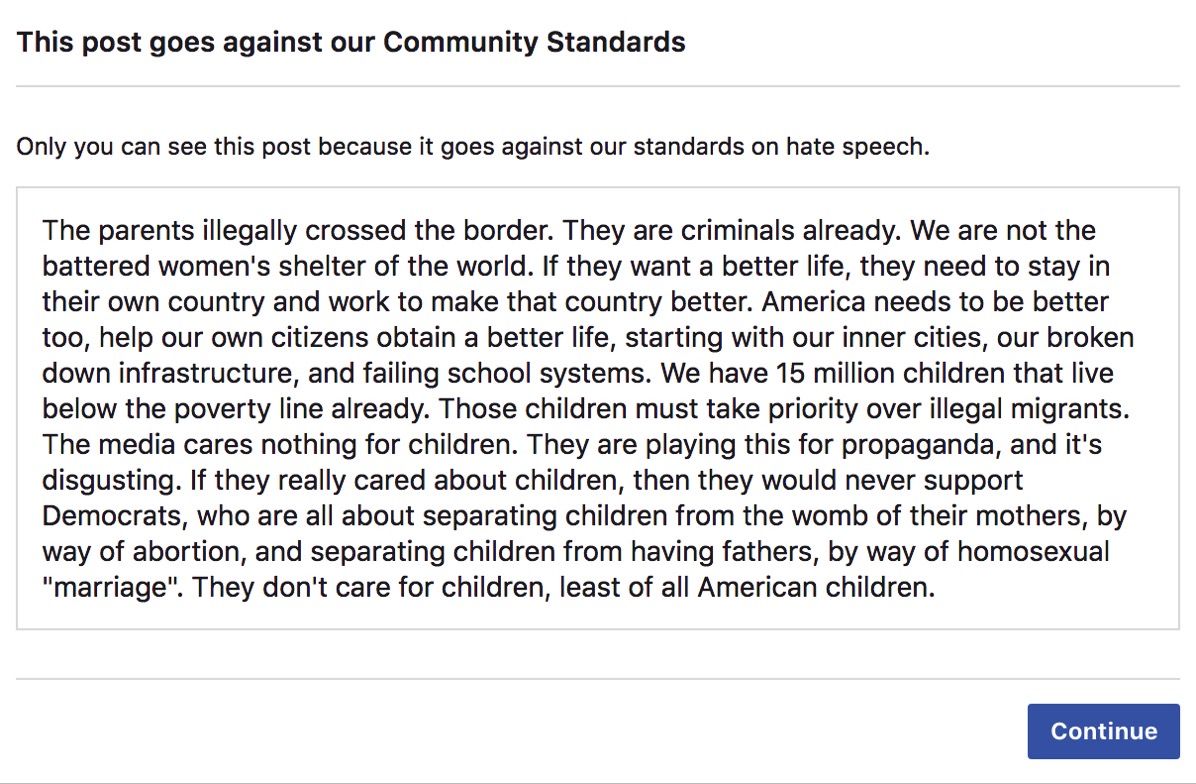 You are not allowed to state the traditional Christian position on homosexuality, that it is perversion, or on abortion, that it is murder. This is hate speech according to Facebook.